New map, Narrator/Facilitator rules and why I killed marriage 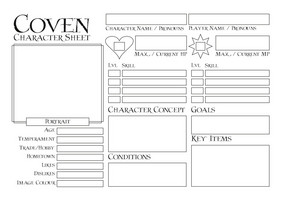 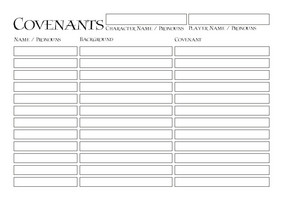 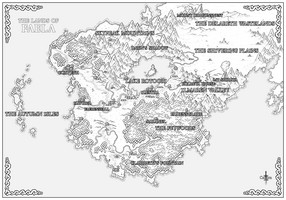 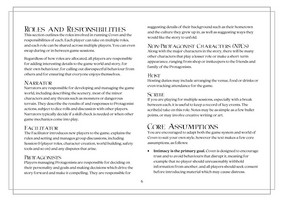 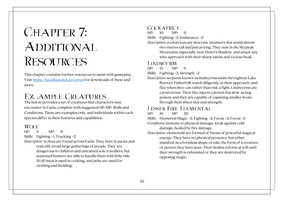 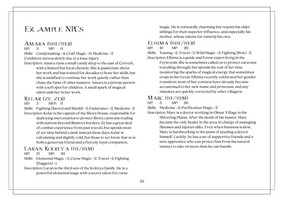 Updates, updates, updates! Several changes have gone into this new version. The first is that Faela now has a map, beautifully illustrated by Caeora (check out his work at caeora.com!). Secondly, the character sheet has been updated based on some initial feedback received. Thirdly, I have made significant expansions to the guidance for Narrators, and have added a section at the beginning explaining the different roles that exist for the game so that they can be shared fairly between players. Fourth, I've made several changes to the text, including adding more ways for the culture to be expressly queer-friendly. The first two points are fairly self-explanatory, so rather than delve into them further, check out the images attached! For the rest, read on.

I've observed myself in the past that acting as DM/GM/Narrator can be a LOT of work, which makes it a lot less fun than playing one of the story's protagonists. Here are the typical responsibilities I take on when I GM the game:

It's a long list, and I'm sure it's not even complete! It's not surprising that burn-out is a common concern for GMs. TTRPGs take a few different approaches to this issue: some leave it up to players to resolve, some remove the role of the GM entirely, while others provide advice on allocating responsibilities fairly amongst players. For Coven, I've taken the latter path. GMs who wish to take on all of the above responsibilities can still do so, but that isn't the default approach. I've called out separate responsibilities for Narrators, Facilitators, Hosts, Scribes and so on and given some advice on managing these. Further, Coven is built to be open to improvising, meaning for example that you can create a monster or Non-Protagonist Character on the fly rather than prepare their details beforehand. I think the role of the Narrator is not only an important one for the game to run smoothly, but also one capable of offering a great deal of enjoyment, so long as it doesn't include an overwhelming list of responsibilities. The Narrator is a player just like everyone else, so they shouldn't have to be sacrificing themself for the enjoyment of others.

I'll touch on one final change made in this version, or rather it's an earlier change that didn't get a dev log post of its own: I've expanded on the world and specifically added some guidance about asexual and aromantic friendly culture. You can see this throughout the document, but especially in Chapter 1, which introduces the world of Faela. To give a few examples:

I recently read this excellent article about creating a disability-friendly fantasy world. Note the following in particular: "there isn’t a need for wheelchairs that can climb stairs in a city where all of the buildings have ramps and elevators". In the real world we have Pride marches because of discrimination against queer folk, we have gender quotas due to a lack of female representation in particular jobs, we have mentoring and other support resources for marginalised folk because they do not receive the same support as white abled cis men - and, of course, we have wheelchair ramps because we have stairs. That's not to say that any of those measures are bad (of course not), but if we have the ability to rewrite the world, why not? While I think it is valid for games to include discrimination for the purpose of exploring and challenging it, for the most part, Coven instead offers escapism, and where discrimination exists, guidance is provided for ensuring player buy-in and availability of safety tools.

Specifically for this game to be aro-friendly, the barrier I would like to point to is something called amatonormativity. There are plenty of great online resources explaining this term, but to summarise, it's about the idea that there's a natural hierarchy in relationships, where romance is valued more than friendship, monogamy is better than polygamy, marriage is better than a de-facto relationship and a marriage with children is better than a marriage without children. It's considered perfectly normal for a childhood friendship to "graduate" into romance, but heaven forbid it transition in the other direction.

What if this logic didn't apply? What if platonic relationships were seen as equal to or greater than romantic relationships? It's not that strange an idea: in fact, a great deal of compelling works of fiction in the fantasy genre focus on bonds between travelling companions or friends made along the way, so I don't think that's a dream that applies solely to aromantic people like myself. But let me know what you think. Does that sort of world interest you? Does it appeal to you? And if you could write a world like Faela, what would you change?

This ended up being a long post, but then this is a big update. There's plenty more underway, and I look forward to sharing it with you. As always, if you have any comments or suggestions, I'd love to hear them. Coven is still in development and needs your help to shine. Thanks for reading, and thanks in advance for any contributions you make to the game!